Children's Books Wiki
Register
Don't have an account?
Sign In
Advertisement
in: Talking Animals, Adventure, E. B. White,
and 13 more

This is the story of a little girl named Fern, who saved a tiny pig from being killed by her father because the pig was a runt. Having raised the pig for six weeks the pig has to go. He is sold to Fern's uncle, who lives close by, so Fern can visit the pig, who is called Wilbur, every day. But Fern's uncle is not raising Wilbur for fun. Oh no, Wilbur is going to become delicious sausages, bacon and ham if somebody doesn't do something...

There have been several films made out of this, one cartoon, and a more modern, animated film, in 2006.

My dad read me this book when I was a kid. It so cool!

Charlotte’s Web is a classic tale of life and friendship which has stood triumphantly against the test of time. Published in 1952, this book has been a firm favourite through the years by both children and adults -and it is easy to see why!

The story focuses on Wilbur-a pig adjusting to life on a new farm who manages to befriend Charlotte- a spider who lives on a web in the doorway of the barn. An odd couple it may seem, Charlotte proves to be a true friend when she promises to save Wilbur from the slaughterhouse, and goes about making the world see that he is ‘SOME PIG’.  Beautifully written, the characters are bought to life by both text and illustrations, assuring that children will be engrossed in the story with both imagination and emotion. One can’t help but feel sorry for Wilbur in his loneliness, admire Charlotte’s kindness and loyalty to the pig and be amazed at Templeton’s selfishness. The text itself is clear and easy to understand, and would be suitable for children to read as a group, with a grown up or independently.  The variety of characters and personalities make this book appealing to both genders. The book has also been turned into a cartoon and an animated film which may support a child’s understanding of the story through visual aid.

Friendship being the strongest theme throughout this book, it is just one of many which can not only be used in the classrooms, but can initiate discussion between children and parents/carers about the child’s thoughts and feelings on the themes. Whilst the story would be enjoyed by children of all ages, due to some of the themes in the book such as life and death, I would recommend this book for children above the age of 8 years.  Likewise, some of the themes such as coming of age would be more relatable to this age range.

Overall, Charlotte’s Web is a classic tale that can be found in most classrooms across the UK. The themes are relatable and can be incorporated across the curriculum to inspire teachers to produce creative lessons for their class. However due to some of the themes presented strongly in the book, it is best to be introduced to slightly older children.

(add any other guidance here) 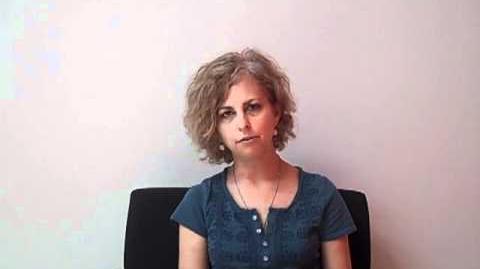 Kate DiCamillo, author of The Tale of Despereaux, talks about Charlotte's Web on the book's 60th anniversary.